Nature at the heart of everything 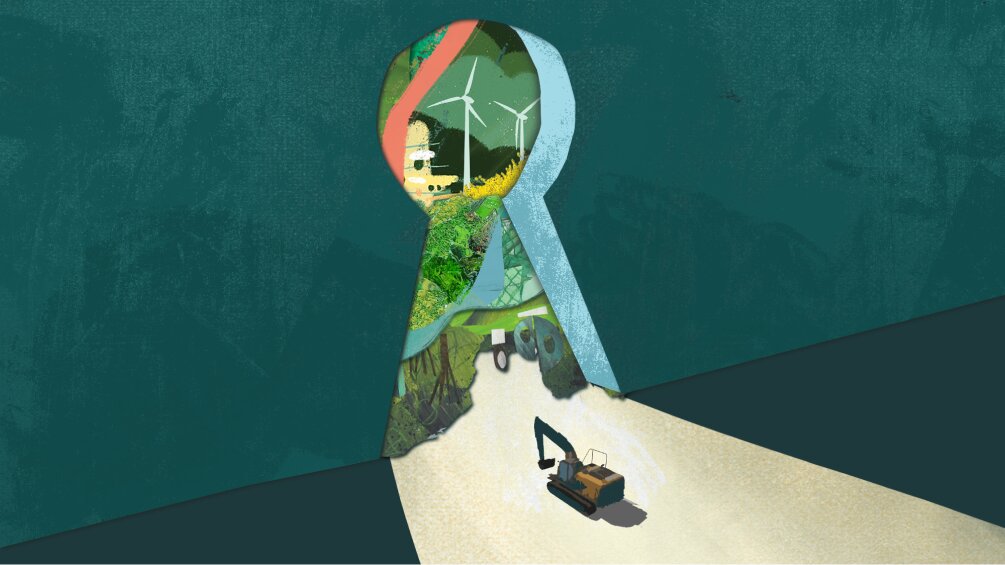 What would a world in which nature was at the heart of every decision - from the individual to decision-makers in communities, businesses and government - look like?

Since at least the days of Descartes, the dominant worldview in the West has been premised on the idea that humans are separate from - and superior to - nature. This belief has spurred our species to see nature as a resource, an endless cornucopia to be exploited and extracted for our benefit. It has also fundamentally shaped the way in which we relate to the rest of nature and indeed to one another.

"I wonder if much that ails our society stems from the fact that we have allowed ourselves to be cut off from that love of, and from, the land. It is medicine for broken land and empty hearts"

What if our endemic state of disconnection and dominion lies at the root of the climate and nature crisis? What if it is also the place from which many of the other ills which plague our human societies stem - from conflict and inequality to political extremism and famine?

These questions - and indeed the topic of this blog as a whole - could be the subject of multiple doctoral dissertations! But the purpose of this article is not to ponder in any academic depth these ideas, but rather to serve as an invitation. An invitation to ask the simple but delicious question: what if we remembered the intrinsic value of nature and put it at the heart of all we do as a species?

There is a growing wave of collective awareness which is beginning to answer this question. Prof. Stephan Harding, founder of the Schumacher College, refers to it as an emerging “Gaian consciousness" - an “awakening” of sorts - of humans remembering their inherent belonging to the rest of nature.

Deep Ecology has for decades advocated a change in the way humans relate to nature - one recognising its inherent value - whilst myriad non-Western belief systems and spiritual traditions have long held this as central to their ways of life.

Meanwhile, a younger generation is emerging, with a growing environmental consciousness around the centrality of nature, through concepts such as “neo-ecology”, shaping everything from lifestyle choices to relationships.

These aren’t just fringe belief systems or trends; it is finally gaining legitimacy in public discourse and in policy-making and business circles too.

The recently published IPBES Values Assessment Report, which was signed off on by 139 of the world’s governments, called for a transformative shift in how we relate to and value nature:

By calling for “the spiritual, cultural and emotional values that nature brings to humans” to be incorporated into decision-making across all levels of society, the report - though just a beginning - marks a momentous shift away from the kind of mechanistic thinking that has dominated economic and political decision-making for far too long.

At AimHi Earth, we envision a world in which everyone understands our inherent interconnection with and dependence upon the rest of nature. After all, we are nature. Nature is us. That much has always been true and always will be. The time has come to remember that fundamental truth.

In the words of Mary Oliver:

“Whoever you are, no matter how lonely,

the world offers itself to your imagination,

calls to you like the wild geese, harsh and exciting —

over and over announcing your place

in the family of things.”

What would the world be like if we answered that call?

We can help you enable your organisation to fully understand the importance of nature, how to weave nature-first thinking into all decisions, what routes to take to become an organisation fit for the future, as well as to support on your sustainability strategy.

Reach out to us at hello@aimhi.earth.